Part one of our two-part review focuses on the story content provided in this classic collection.

These sets continue to offer improvements over the DVD releases and it was great to see that the extended and VHS editions were also upscaled to HD. I was especially impressed with the quality of Ghost Light considering the DVD offered a less than impressive master which is due to the low lighting and ageing cameras used to film the story.

The audio work by Mark Ayres was typically impressive as every episode, extended included, has been given a 5.1 Surround Sound mix like Season 23 did.

By 1989, Doctor Who was on a high-at least in terms of story quality. Season 24 had suffered from a rushed production but 25 began what some consider a new golden age for the series as the Seventh Doctor (Sylvester McCoy) and Ace (Sophie Aldred) made a remarkable duo and the storylines were (mostly) impressive, especially thanks to the new set of writers and script editing from Andrew Cartmel.

Sadly, from a viewership perspective, Doctor Who was waning, no doubt due to being moved to the Wednesday evening slot in which it would compete with long-running soap opera Coronation Street. It was soon clear that though those involved loved the series that the heads at the BBC had none and Season 26 ended up being the final in its initial 26-year run from 1963 to 1989.

The season offered four immersive storylines that continued to explore a darker and more manipulative Doctor and saw companion Ace being forced to confront their past and protect their future as their meeting with the Doctor on Ice World may have not been coincidental.

The second and final script from acclaimed writer Ben Arronovitch, this story began its life as a three-parter penned back in 1987, eventually becoming a four-part story which opens Season 26 here. Battlefield is notable for its familiar faces including Brigadier Lethbridge Stewart (Nicholas Courtney) making their final appearance and a returning role in Mordred for Jean Marsh, who previously played Sara Kingdom in The Dalek’s Master Plan alongside Courtney and First Doctor William Hartnell.

It tells the tale of knights clad in medieval armour but wielding futuristic guns and more traditional swords who become embroiled in conflict as Excalibur lies at the bottom of Lake Vortigen in an ancient spaceship. It plays with the tale of Arthur and the sword in the stone and has a legendary Arthurian sorceress, Morgaine, who alongside the other knights recognise the Doctor as Merlin-a role he has yet to take on but will in his future.

The commotion prompts UNIT to get involved and former Brigadier Lethbridge Stewart is brought out of retirement and flown in to assist the Doctor and Ace, who initially get involved as they answer a distress signal. 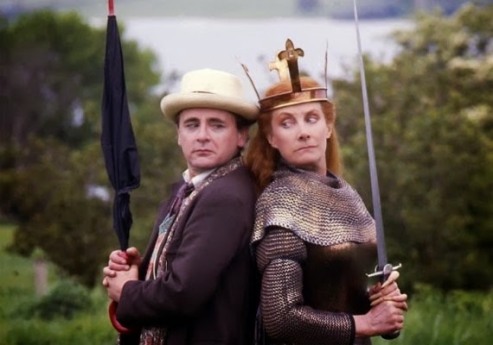 If the story sounds a bit bonkers that’s because it is, and Battlefield revels in its fast-paced action and wonderful performances all-round, especially the new Brigadier Bambera (Angela Bruce). The aforementioned Morgaine is brought to life thanks to Jean Marsh whose expressive characterisation makes for a villain who is more than simply scenery-chewing. The Destroyer (Marek Anton) is also a marvel in special effects, though sadly he mostly stands around and does little within the narrative itself.

Overall, Battlefield is a never-boring and bombastic start to the season as old faces make their return and the Doctor gives one of several memorable speeches as he stops Morgaine from causing devastation.

The final story filmed for the series’ initial run, Ghost Light is often known for being confusing and oblique, but also unique and slightly brilliant in its concepts. Now I won’t dare explain the overall plot here as I feel the story benefits from being understood by the viewer upon their own watch but I can give a lot of praise to the production values.

Gabriel Chase, a manor in Perivale tied to Ace’ past, is one of Doctor Who’s’ finest sets and is quite remarkable in design and execution. The low studio lighting may leave the picture looking somewhat grainy and less detailed than other 80’s stories but it also adds atmosphere in spades.

Inhabitants of the manor include the mind-addled Hunter Redvers Fenn-Cooper (Michael Cochrane), a Neanderthal butler in Nimrod (Carl Forgione) and the bizarre owner of the mansion, Josiah Samuel Smith (Ian Hogg) who is hiding more than he seems.

The cast only adds to the mystery as the main antagonistic force, known only as “Light” (John Hallam), seeks to catalogue all life on Earth but fails to do so as the planet evolves over time. Seeing the pieces slowly come together is quite satisfying, as is The Doctor and Ace reacting to those around them with quite different results. Ace is also forced to face the house she once visited on a dare when she was younger-wherein she sensed a great evil and grew to fear the house.

Ghost Light isn’t exactly very straightforward or easy to follow but for me, its obtuse and complicated nature makes it unique and I appreciate that the showrunners took the risk in making such a story, adding even more memorability to Doctor Who’s swansong season. The Mark Ayres score is also a highlight of the era.

The Curse of Fenric

Considered to be a real highlight of the Seventh Doctor’s era and the story ranked at 2 in Gallifrey Base’ 2019 tournament, The Curse of Fenric is a highly engaging story that sees the Doctor and Ace arriving at a Naval Base during World War II, wherein the military are trying to intercept and decode German coded messages with a supercomputer. 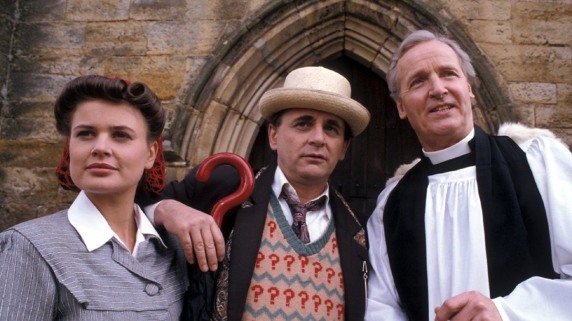 Fenric is also memorable for its revelation with Ace and her journey with the Doctor being put into question as her past comes back to haunt her. The story has some truly memorable monsters in the Haemovores, vampiric creatures that take the form of teenage girls to lure soldiers into the depths of the ocean. 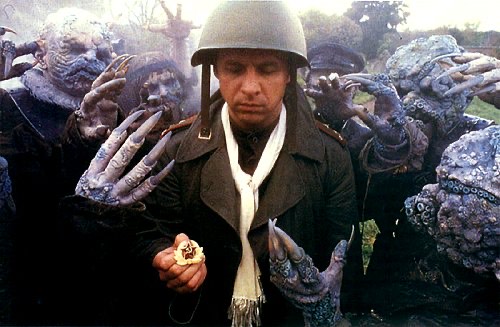 Fenric nurtures a very dark subtext throughout, showcasing the Seventh Doctor at his darkest and most manipulative as he faces off against the powerful titular being in a chess game which could determine the fate of the Earth. It also has one of the finest guest star appearances of 80s Who in Nicholas Parsons who plays a pastor whose faith gradually deteriorates as he faces the alien menace taking over. It’s a riveting performance and one of several within this story.

Writer Ian Brigg, who previously worked on Dragonfire in Season 24, ties the two stories together in an unlikely fashion, creating an overarching storyline and depth to Ace who has to face their relationship with her mother and also fear of the sea, all whilst questioning their entire existence as Fenric has played a bigger part in her life than she realises.

It all makes for a riveting Doctor Who story that truly stands as an all-time classic, made even better by the extended and VHS versions which add further scenes to the story to further flesh it out and adhere more to the director’s overall vision of the narrative.

The final broadcast story and the finale for Classic Who, Survival sees the Doctor and Ace return to Perivale to investigate strange happenings as teens are going missing and a strange black cat roams the street, all whilst a sinister long-time enemy lurks in the background.

I’d say spoilers but the boxset cover makes it apparent that the Master (Anthony Ainley) has reappeared, now trapped on a planet that has taken influence over him and uses the Black Cat to transport the feral Cheetah People to Earth where they hunt their prey.

It’s a refreshing take on The Master who had been overused during the Fifth Doctor era and had lost some of their menace. Ainley is riveting here, showcasing a desperate Master who is slowly losing themselves to the planet and is suitably sinister-playing more to the depiction they initially wanted for the character as opposed to the almost Pantomime aura the character had possessed in some appearances.

The final episode is especially good as The Doctor and The Master tussle and The Doctor almost loses himself too and gives way to his final monologue-something that wasn’t initially planned but added in as a coda to the classic series’ end.

I like Survival as a story and am glad I got to revisit it here as my original viewing left me somewhat cold. The Cheetah people are an interesting concept that unfortunately didn’t quite get the best execution in their final design. They look more cuddly than intimidating. I also wish this was an episode longer as I would have liked to see more of the planet and The Master in general. Still, as the final story of the classic era, it goes out on an experimental high.

Revisiting Season 26 was very poignant and also somewhat frustrating due to the nature of the cancellation. Seeing how strong the season was made me muse on how the future of Doctor Who could have been had it continued into the 90s. Seeing the series on a high again with inventive storylines and a superb Doctor and companion just makes it all the more tragic.

The Curse of Fenric

Battlefield (Still a lot of fun!)

Check out the second part of the review, which features a rundown of the packaging, special features and audio/visual details as well as a final review score.