The tour pins 41 dates on the calendar throughout summer, starting in Salt Lake City on 6th July 2018. Then traveling across North America and finishing up in Atlanta on November 17th, 2018.

All dates being booked in large venues. They are set to be hitting iconic spots such as Madison Square Garden in New York City on the 24&25th August and the Staples Centre in Los Angeles on 12&13th October, with many more elsewhere across North America

General sale will begin May 18th. 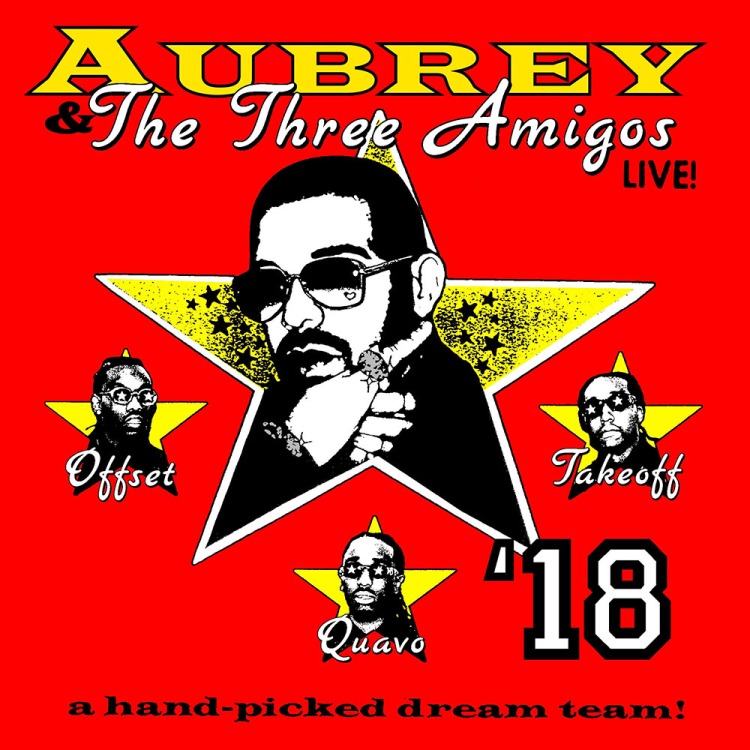 Check out the Aubrey and the Three Amigos tour dates below.