Back in December 2017 Paramount and Comedy Central released the first 11 Seasons of South Park onto Blu Ray in the US. The sets offered the episodes in HD and from season three onwards they’re uncensored as well. In early 2018 it began circulating that Best Buy and Walmart were releasing more compact box-sets that contained five seasons each.

Below we have an unboxing of this set, which I imported from eBay.com. The design of the set is simple, but offers a compact way to collect the classic series in HD. All of the discs are region free so they’ll play on UK players.

The front cover sporting Kenny made up from a mirage of episode images.

The Back cover (Left) that shows a lot of characters as well as the technical situation. The spine (Right) which also shows the width of the set. 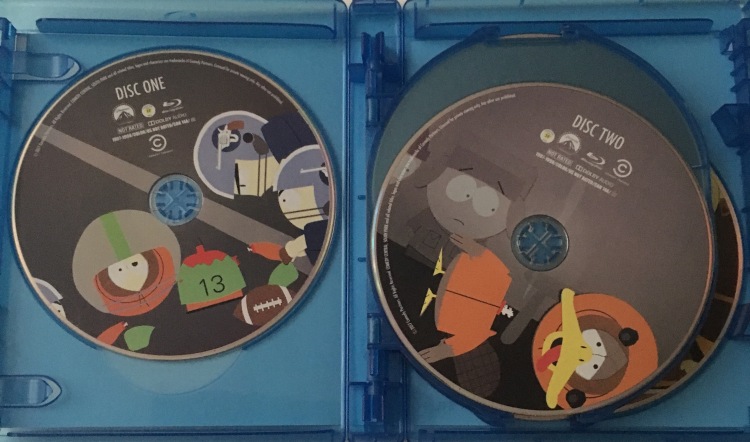 The discs for Season One.

The discs for Season Two.

The discs for Season Three.

The discs for Season Four. 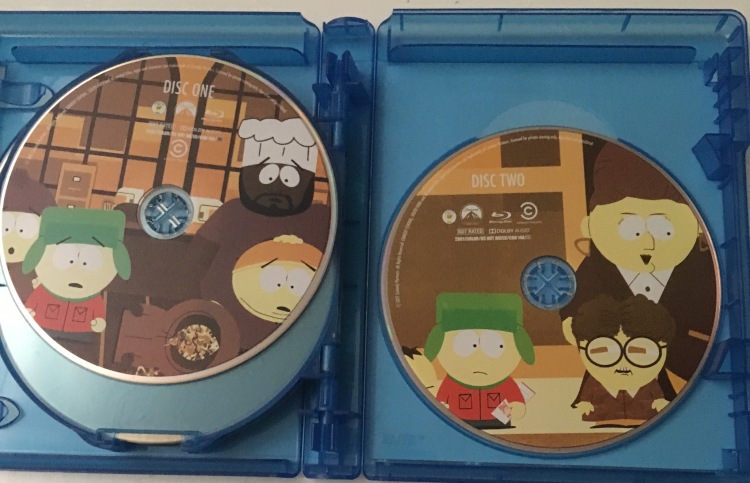 The discs for Season Five.